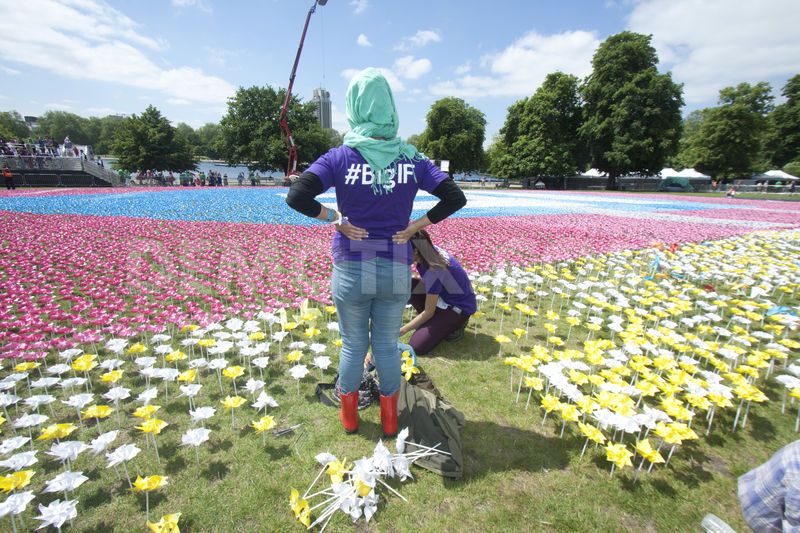 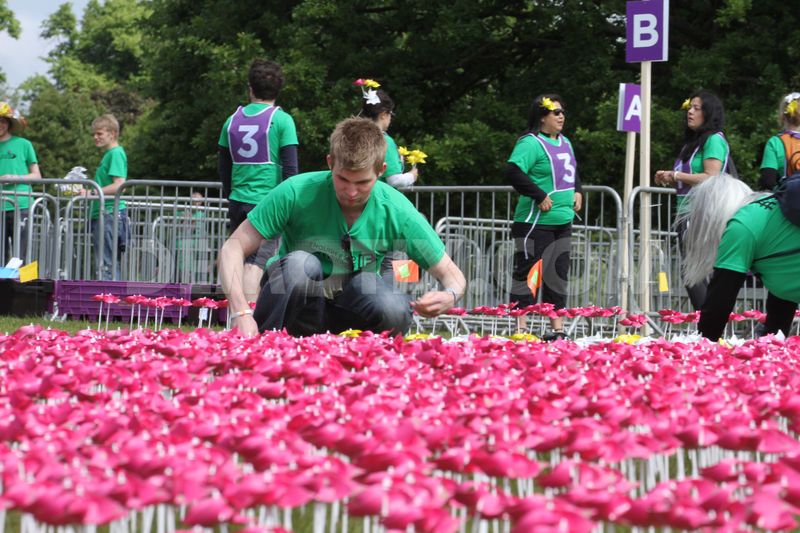 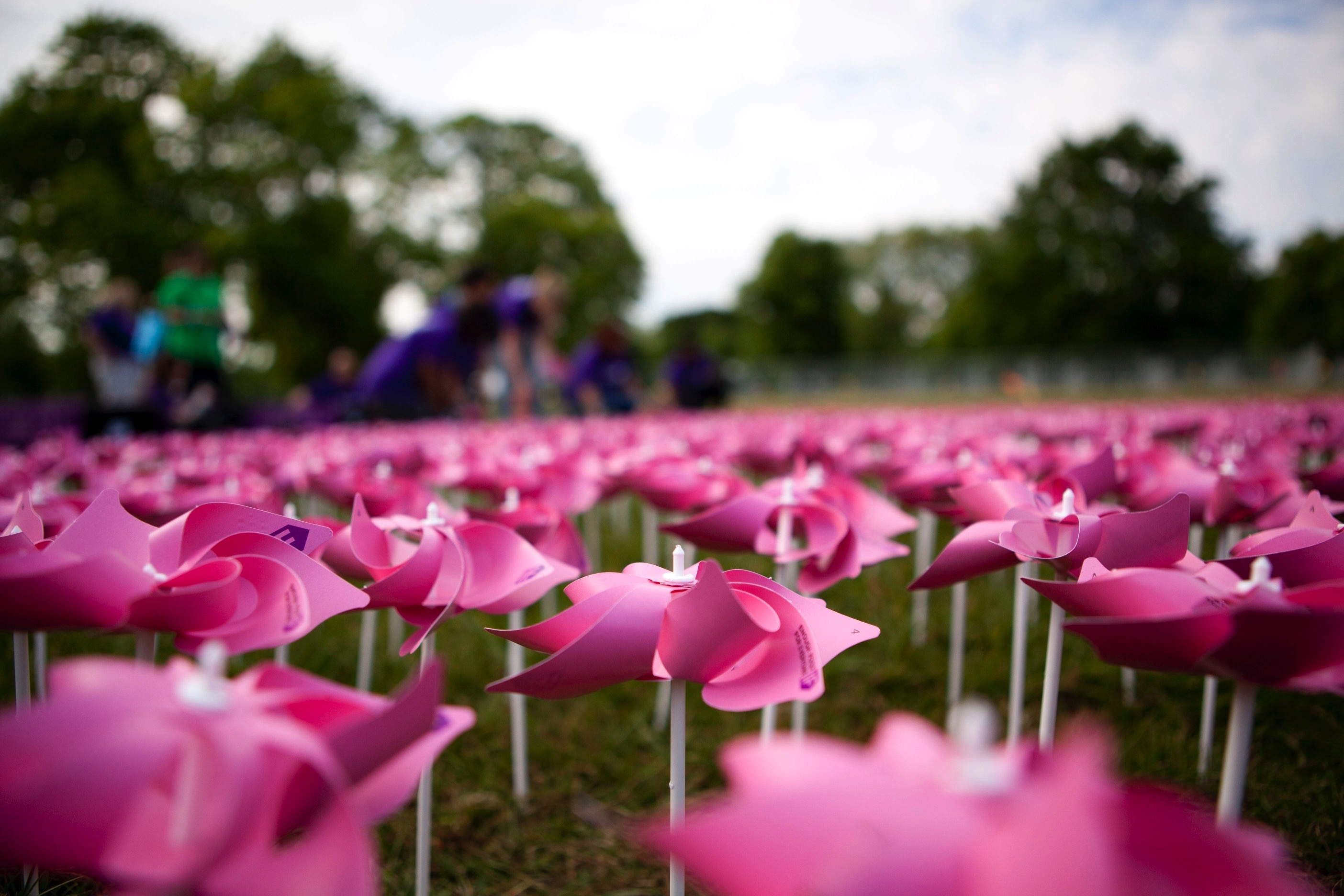 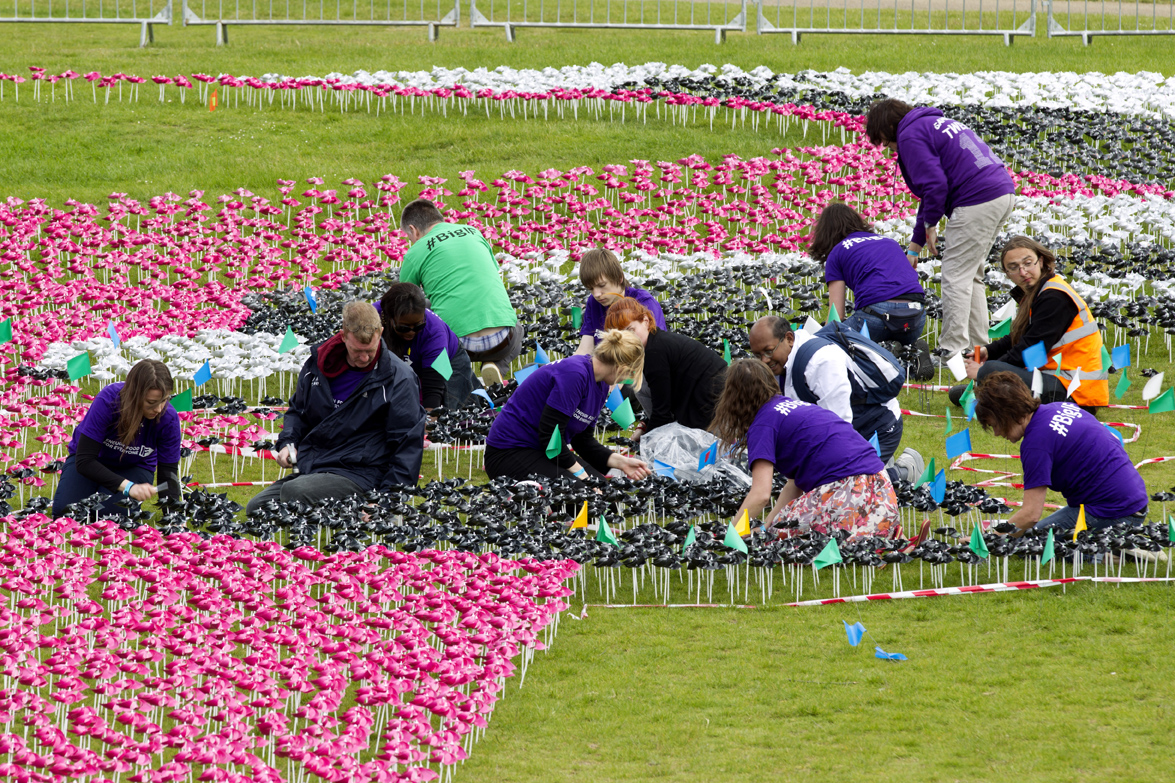 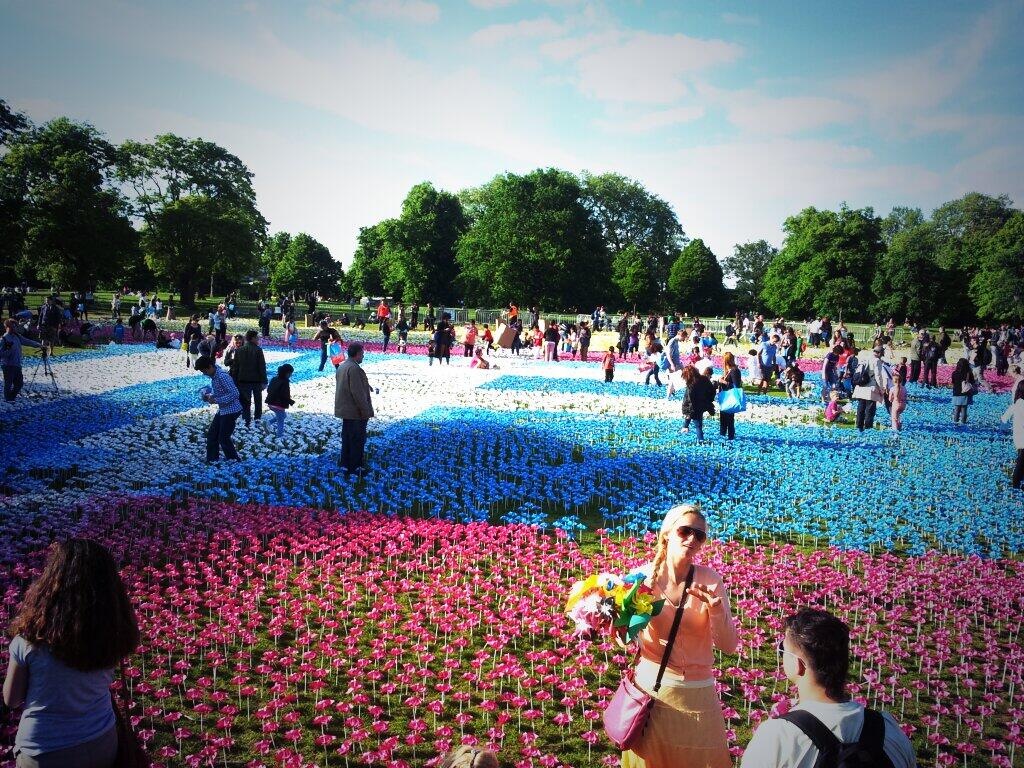 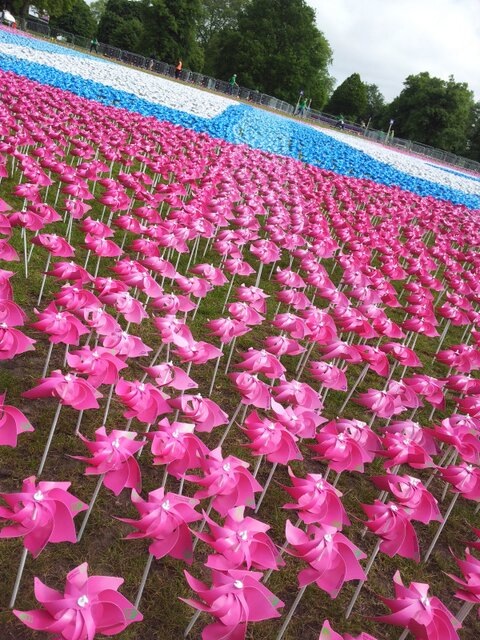 On June 8th 2013, tens of thousands of people from around the UK came together in London’s Hyde Park in the biggest ever rally against world hunger. Part of this rally was a visual petition in the form of a field of flowers.

With Steve Boyd (Head of Mass Movement Choreography on London 2012) leading the team, I worked with volunteers and the public during the windmill and installation build to create a breathtaking art installation of 250,000 spinning flowers, with 2 million petals representing the 2 million children that die from hunger every year.